There are job boards everywhere. In less than 15 years, they have spread like wildfire to every corner of the globe, on the five continents. The Jobboard Finder team references more than 3,000 active job boards in the world. No matter where people live, there is always at least one website at hand designed to assist their job search. Whatever the culture, or the state of development of a country, whatever its level of unemployment or the size of its population, nothing has yet outmatched the extreme simplicity of job boards. They make it possible for both job seekers and recruiters to quickly connect, with the only requirement of having an access to the Internet.

However, some differences exist in the way people use them. We all switched from “off-line recruitment” to “e-recruitment” uniformly, but we did not do it the same way in every region of the world.  Here is a quick panorama of how people use job boards around the world. 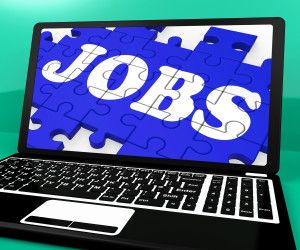 Altogether, we count about 1500 active recruitment websites in Europe. If we relate it to its population (700 million people), this makes it the greatest e-recruitment market of the world. It is interesting to note than the great majority of them (65%) are niche job boards specialized in specific functions (accounting, marketing…) or fields (tourism, aviation…) while the rest are big generalist sites or social networks. European generalist job boards are usually limited to one country.

Job boards in USA and Canada

The situation in North America is very similar to Europe. There are about 700 active job boards for 350 million inhabitants.  The proportion of specialist job boards is about the same, with only a minority of generalists. What is noticeable is the large proportion of local job boards, covering only one specific city or state, such as Ohio Means Jobs for example.

Latin America on the other hand is a very specific region of the world. Looking for a job in Argentina or Brazil is quite different than in Germany or in Canada. People still use recruitment websites, but they have much less job boards at their disposal than in Europe or North America. The Jobboard Finder team counted only about 160 active job boards in Latin America. It makes ten times less job boards per capita for this 600-million-inhabitants region than for the western countries. The main reason to this difference can be explained by the small diversity of languages in the area (mostly limited to Spanish and Portuguese). It has allowed these websites to grow into big networks and to quickly extend to the neighbor countries. In addition, niche job boards are less than 15% in Latin America. This implies than Latinos seem to rather focus on big multi-countries generalists such as Bumeran or Tecoloco, while Europeans and Northern Americans tend to use several specialist job boards for their job search.

It is simpler to get a comprehensive overview of the job board market in Oceania, which mainly covers Australia, New Zealand and Papua New Guinea – around 35 million people.  The biggest job board in this area is a generalist called Seek and runs websites in Australia and New Zealand. By far the most used generalist, its challengers are mainly niche websites: 72% of job boards in this area are specialists.

From one Asian country to another, the way people use job boards is very different. On the whole, employment websites have appeared lately in Asia, as people rather tend to use social networks. But their number has exploded over the last few years.

In China, the market is dominated by two main job boards 51Job.com and Zhaopin.com, while the main Indian sites are Naukri and Monster India.

Japan is the only Asian country where social media use is very low, and people tend to look for jobs in the leading website Rikunabi.

In the Middle East, most people use Bayt.com, the largest multi-countries website. In countries not covered by this job board, other generalists play the role of great leaders, such as Kariyer in Turkey for example. People seldom use specialist websites to search for jobs in Middle East.

In Africa, specialist job sites are not much represented (6% of the total amount of job boards). In every country, people tend to use one or several national leaders, such as Hot Nigerian Jobs or Jobberman in Nigeria.