The world of recruiting is constantly evolving. We often hear about AI robots in recruitment (like Vera), which aim to shorten the long hiring process and to eliminate bias. Another approach set to change the way we hire is blind recruiting. It may have started back in the 1970s when orchestras used blind auditions to ensure female musicians were given a fair go, but blind recruiting in a more traditional field only really gained momentum a few years ago. The idea is to remove part or all of the personal details from your candidates’ resumes and cover letters. This can include names, age, gender, education, ethnic background and even hobbies. Once you’ve eliminated all that information from the applications, you aren’t left with much, especially for first-time jobseekers. However, before writing it off as another politically correct movement, there are some interesting aspects of blind recruiting to consider.

Before you use blind recruiting

Study your past applicants 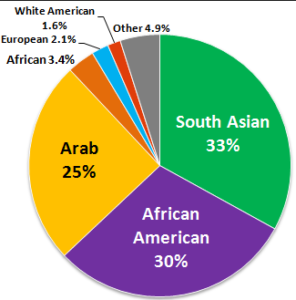 Blind recruiting is used essentially in companies that feel that an unconscious prejudice has led to favouritism towards certain types of profiles. In some workplaces, there is an overwhelming majority of a particular gender, ethnic group, age group, etc. However, before pointing the finger at “bias”, try to consider other explanations. If you still have records of candidates that applied for past positions, it could be interesting to do a quick analysis of the profiles. By drawing up statistics based on the various criteria that could be reason for bias, you can determine if the dominant group in the office is due to recruiter prejudice or applicant interest. For example, if an office with a dominantly male staff received far more resumes from men than women, then the company might not be as biased as you think. If the job offers are attracting a particular type of profile (mostly men, mostly women, mostly whites, mostly local, etc.), then consider rewriting the job offer before opting for blind recruiting. To target a more diverse mix of people, various recruitment agencies, like Aktor Interactive, can shine some light on where to advertise and how to feature the company brand.

Depending on the position you want to fill, your candidates’ personal details could make a difference to their work and integration within the company. Before opting for blind recruiting, ask yourself the following questions:

How to use job boards for blind recruiting efficiently

Since candidates include personal information when applying to job offers, blind recruiting requires an additional step in the hiring process. An impartial member of staff would need to go over all the applicant CVs and profiles to remove any information that could create a bias. This can be time-consuming and it could also mean removing potentially useful information (since they are not necessarily aware of what the recruiter is actually looking for in order to remain objective). There are companies (like Orange in France) that resort to such measures to avoid any legal problems later, but realistically, not everyone can afford to invest more money into the recruitment process. Luckily, knowing how to use a job board correctly means you won’t need another middleman.

Choosing your job board

In 2018, there are hundreds of job boards to choose from. Each one has different confidentiality clauses, different filters and different account requirements. By choosing a job board which keeps its candidates relatively anonymous, you are less likely to be influenced by their personal information. Furthermore, some websites have even been accused of descrimination, like Facebook, for targetting particular audiences. For more information about which job board to use based on your location and your industry, check out some of our job board profiles, and more specifically, the Jobboard Finder Opinion section (which we are currently developing).

Your choice will also be influence by the information you wish to hide. How blind do you want to go? If you feel you are ignoring certain minorities or if your statistics point to a particular prejudice, it’s a good idea to hide only the information which could be prejudicial. That way, candidates don’t lose their identity completely.

The 21st century is all about transparency, so there really is no reason not to inform your candidates of your procedure. In your job offers, ask candidates to remove the compromising information from their CV themselves. Some recruiters, like Katherine McNamee from SHRM, are already doing it and they have seen very positive results.

This also gives candidates an opportunity to highlight some of their strong points, which they might have neglected to mention (if candidates comes from a very good university for example, they might not feel the need to list their extracurricular activities. If the education is removed, they can replace it with more specific activities).

Lastly, tests and questions in an application form can be used to narrow down the list of candidates. Some job boards encourage companies to include personalized questions (like Indeed), and there are even different online businesses that can help design quizzes that test personality and skills based on the job requirements.

Ultimately, blind recruiting has its limitations, which means it has to be adapted to your situation. At the end of the day, companies hire people at least partially for their personality, and not in spite of it. Blind recruiting does not mean the process has not be completely blind. It can definitely be useful to fight first impressions. Once you have decided to see more of a candidate, work on truly seeing them. 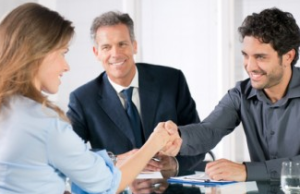 One study conducted in Australia (Going blind to see more clearly: unconscious bias in Australian Public Service (APS) shortlisting processes) shows that prejudice can be both against and for minorities. The study proved that there was a different kind of discrimination: in favour of women and other minorities. Some industries aim to increase their minority quota by favouring women (in the engineering industry for example), which companies also need to avoid. In his book, Outliers, Malcolm Gladwell addresses the issue of quotas, in the hopes of reducing bias, which can actually lead to strengthening various myths about minorities being “inferior”.

Ultimately, it is more important to focus on changing mindsets inside the office before bringing new employees into a toxic environment. If a woman runs the risk of being undermined or disrespected in a high profile position, the hiring process is just the tip of the iceberg. Avoiding bias during the hiring process thanks to very artificial and unrealistic measures is only temporary if bias exists within the company.