Since the beginning of this year, we have been hearing more and more about the potential “trade wars” between the United States and China, with Trump leading the fight. The consequences of the on-going negotiations are not clear to everyone and yet, there are a lot of jobs at play. Yesterday, the cost of some products including fish, tires, handbags and furniture rose due to new taxes. As we mentioned in a previous article inflation can have an upsetting effect on the labour marker. So, what does this mean for recruiting? We decided to look into it.

What are the Trade Wars? 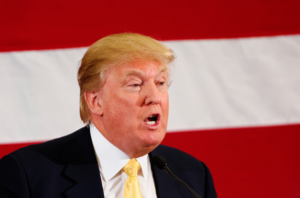 The term “trade war” refers to restrictions in trade due to imposed tariffs and/or quotas from opposing countries in order to retaliate and protect their own market. Much like in a physical war, it escalates and gradually affects international trade, the economy and the labour market. Some of the consequences can be inflation, job loss, bankruptcy, lost investments, etc. The idea is to protect a domestic industry and to create jobs but it can have quite the opposite effect.

Today, the trade war involves the U.S and China. It really caused a stir on the 8th of March, with a 25% tariff on steel imports and a 10% tariff on aluminium. The tariffs also concern Japan and Russia. Even Canada, Mexico and the E.U are facing the possibility of new tariffs.

Politics aside, the imposed tariffs and international negotiations take a very real toll on the industries that rely on the surtaxed products. Some companies have already let dozens of workers go (Mid-Continent Nail), other companies are considering relocating (like Harley Davidson and Stack-on Products).

Which industries have been hit?

The current trade war has hit certain industries much harder than others. Since the first tariffs apply to steel and aluminium, beer/soft drink companies, automobile companies, any company that creates machinery (like aeroplanes) and any exporting business have felt the brunt of the new taxes the most. The leading nail manufacturing company, Mid-Continent Nail, has let 60 employees go from its plant in Missouri. Newbark Brush might soon face firing dozens of employees. Farmers and factories will also be greatly affected by the retaliation tariffs. Ultimately, smaller companies will suffer the most because they won’t be able to withstand the cost of production. Companies involved in oil, auto or coal exports might soon need to rethink their budget and staff too.

However, while some jobs will be lost, other jobs will be created to boost the steel production industry in America. Some of the biggest steel producing companies in the U.S (like AK Steel and U.S. Steel) could potentially need to recruit if the imports become too expensive.

As for the cities that will suffer the most, companies and states that supported Trump could be targeted, which concerns a lot of Southern states. With the new immigration laws that Trump brought in at the beginning of his term, these places are already seeing changes to their demographic.

Some companies that hoped to invest in the U.S and even create new jobs for American workers have been forced to reconsider their projects. The most notable case is the Alibaba Group that promised to create 1 million new American jobs. The on-going trade wars have forced Jack Ma to go back on his promise.

What does this mean for recruiting? 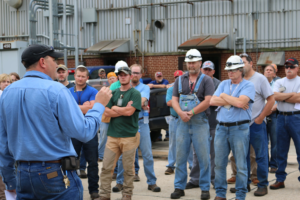 Clearly, the number of potential new jobs is much lower than the number potential lost jobs. As a recruiter though, it’s important to utilize the information to your advantage. Job loss also means new jobseekers in the labour market.

For companies that are still recruiting in the manufacturing, production or even sales industries, this could mean more candidates if you target the right areas. When advertising job offers, it could be advantageous to focus on the cities with factories that have been affected by the tariffs, for example.

Furthermore, for as long as the negotiations are on-going, it could be a prudent move to offer flexible contracts to avoid premature layoffs later on. This protects employers and workers because both remain vigilant about the future evolution of the company.

The labour market has been improving recently and employers have been hiring. However, the trade war between China and the U.S could potentially lead to a new wave of jobseekers, which means recruiters need to look in the right places to find candidates for the companies that continue to expand.