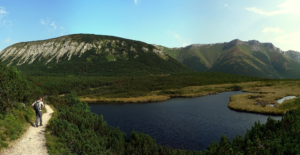 In the heart of central Europe, Slovakia has a particularly diverse culture and a complex past. In the 9th century, the country was a part of Great Moravia before it joined the Hungarian Kingdom for the next 1 000 years. The capital, Bratislava, was actually the coronation place for the kings of Hungary! Consequently, Slovakia has an intricate past with Austria and Germany too, which explains some aspects of their educational system (like the grading). Even their flag connects them to yet another nation (Russia). The more recent history of Slovakia saw strong ties with the Czechs, and a lot of us still remember when they formed one country: Czechoslovakia. It wasn’t until January 1993 that the two separated to become independent nations. Since then, Slovakia has really come a long way: it joined the EU and NATO in 2004 and the Euro Zone in 2009. Today, it has one of the fastest growing economies!

However, despite this, Slovakia is still dealing with events from its past. The corruption under the politician reign of The People’s Party – Movement for a Democratic Slovakia (in Slovakian: Ľudová strana – Hnutie za demokratické Slovensko, ĽS-HZDS) almost stopped the country from joining the EU. Vladimír Mečia who was at the head of the party, was accused of propaganda and criticized for his autocratic style of government.

The Demography and The Geography

The population – roughly 5.4 million people – is made up of Slovaks (86%), Hungarians and Romanians mostly. This mix of cultures partially explains the high level of bilingualism in the country, which ensures that the numerous trade translations are handled fluidly. In 2007, it can in 2nd position for its bilingualism in the European Union.

Unfortunately, Slovakia deals with seasonal flooding every year from thunderstorms. Even that is a part of their history, which they proudly describe in their national anthem: “Nad Tatrou sa blyska” (Lightning Over the Tatras). The consequences include landslides, water pollution and a lot of construction work to fix the damages.

Despite that, Slovakia is still a beautiful country, with great career opportunities. Since 1998, it has seen strong growth thanks to the implementation of economic reforms and, in 20 years, the country now has a lot to offer the Slovak youth as well as foreign jobseekers. 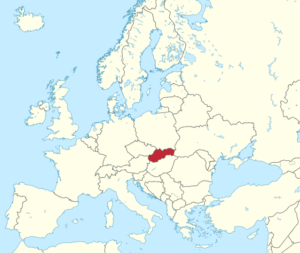 It goes without saying that Slovakia plays an important role in Central European trade. Slovakia shares borders with Poland, the Czech Republic, Austria, Hungary and the Ukraine! Funnily enough, their largest exporter (and importer) is actually Germany. For this reason, the country is involved in a large array of sectors including:

As we mentioned earlier, flooding costs the country millions of euros every year. The consequences of the damage include relocating the locals and rebuilding the infrastructure. This means that construction will continue to be an important industry as will any sectors dealing with infrastructure.

The service sector dominates the labour market in Slovakia (73.4% of the working population were in services in 2016). Production and industry are the second most developed sector with 22.7% of the population employed in such jobs (in 2016) and finally, agriculture comes in 3rd (3.9% of the working population). In fact, the car industry supplier ZKW is expanding in Slovakia over the next couple of years. This could mean an increase of 300-400 positions in the company.

Once upon a time, the youth of Slovakia would’ve said they needed to leave their country for a decent future. However, things have been changing recently. In fact, Slovakia noticed record low unemployment in 2017 (at around 8.1% of the population) and the IMF has predicted that it will continue to drop. Unemployment is expected to drop to 7.5 in 2018 and to 6.9 in 2019.

However, Slovakia has a very low growth rate due to similar birth and death rates. This means that, as the economy develops, companies might be looking for candidates overseas to fill their positions. Obviously, the bordering countries are a good place to start when recruiting foreign employees, but there are also some other proud Slovak communities. Among them, the Slovak Academy of Chicago keeps the heritage alive for the children of Slovak families living in the United States. By contacting the academy, you could have access to a group of candidates with new skills and a different background.

Finally, it’s worth mentioning that employees over the age of 33 are entitled to an extra week of holidays in Slovakia. Even if that shouldn’t influence the recruiting process, it could be interesting to consider mixing up the age groups to ensure teams have a similar number of workers at a given time.

Slovakia has strict laws when it comes to employment. One of the aspects of the recruiting process that is taken very seriously affects the job posting.  The following information has to appear in the contract:

For this reason, most job adverts include this information as well.

As for the contract hours, Slovaks are limited to 40 hour weeks. For more information on the different employment laws in the country, check out the Labour Code and the Act on Illegal Employment.

Over the last 10 years, internet access has almost doubled in Slovakia. This means that job boards are used more than ever! In a previous article, we looked at some of the best job boards in Slovakia.