We had the pleasure of talking to Oriane Martin from Moovijob, a job board from Luxembourg, who gave us a lot of key information about how to recruit and search for a job in Luxembourg.

The labour market in Luxembourg

The current state of the labour market in Luxembourg is characterized by the fact that there is a huge shortage of talent especially because it is such a small country. Nevertheless, Luxembourg sees every day around 180,000 people coming for work. Those people are cross-border workers from France, Belgium and Germany.

The current unemployment rate in Luxembourg is 6.3%. It is a very low rate compared to the other European countries but only concerns 18,185 persons, that is to say only the national residents as the non-resident are not included in these numbers.

Advantages for both employers and employees

Luxembourger salaries are currently the highest in Europe (with Switzerland) and workers have many different benefit packages. It is also the 2nd financial place in the world just after the United States. The only things needed are new skills and IT infrastructures. One of the main problems is the very expansive real estate situation and but the country is currently rethinking its politics on housing prices, transportation, infrastructures and expansion of the cities.

There are many advantages of working and living in this country: the four official languages spoken in the Grand-Duchy are French, German, English and Luxembourgish. Oriane told us that there were also large Portuguese and Italian communities. Luxembourg is also very attractive for companies in terms of tax scale.

“As Luxembourg is attracting many companies from diverse countries in Europe and the rest of the world, (150 nationalities in Luxembourg-city!), such as international banks like Chinese banks, American and many more, rare languages might be interesting as well. It all depends on the history of a company, and its historic language but also on its clients. For example, Ferrero Luxembourg employs a lot of people who speak Italian, even though it is not a prerequisite in their job offers”.

It is interesting to note that French is mainly used in the private sector whereas Luxembourgish is used in the public sector, especially for the natives. 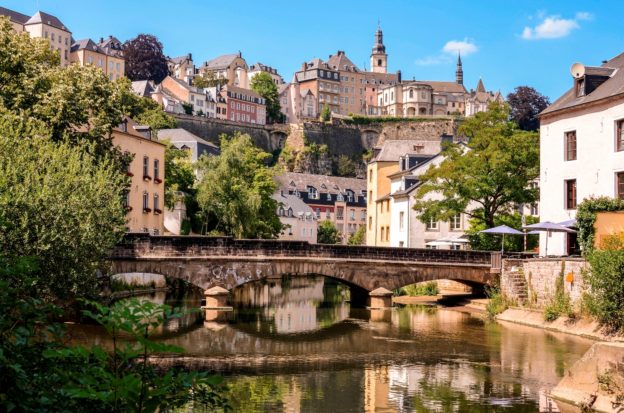 At the moment, when it comes to prosperous job sectors in Luxembourg, it is mostly in engineering, IT and finance, even though the market is much more competitive. Furthermore, there are no IT schools in Luxembourg, so it is affecting the ICT sector. Besides, thanks to Digital Luxembourg, the government has decided to build a new university in order to bring brand new skills to the country. That is also what professional recruiters are working on, and they have a common aim: “bringing high international talents to Luxembourg”.
Oriane said that this was especially the motto of Moovijob.

How to find a job in Luxembourg

If you want to find a job in Luxembourg, Linkedin is popular just like in other countries. Job boards are still the most common tool used to look for a job, as it is possible to select certain criteria when doing a general search. This means that job seekers can find opportunities tailored to their specific needs.

For both employers and job seekers, Jobboard Finder is the first decision-making tool for recruitment campaigns and job searches. By gathering tools and services that recruiters can use to search and compare employment websites from all over the world to find the best job search sites, it really is the best solution for recruitment needs. Today recruiters can also purchase job advertisements for the media they have selected and manage their postings directly from our unique platform. Then they can rate and review the job boards they have used in the past for our community of professionals to see.
Keep up to date with our news articles and receive them directly in your mailbox by subscribing to our newsletter. If there is a particular topic that you would like to see featured on our blog please let us know.