Wouldn’t it be great to spend a few minutes inside the brain of a recruiter? Love them or hate them, recruiters often play a key role in our quest for amazing new jobs. Sometimes, it’s more than a little difficult to figure out what they’re thinking, or why they do the things that they do. That’s probably because there are facts you don’t know about recruiting. Here are our top 10.

1. Fact: Recruiting Really is Different in the United States Vs. Other Locations

This may not be a true secret. After all, doesn’t common sense dictate that language and cultural differences make the recruiting process look different from one place to another? Not to mention how different regulations and business norms can affect recruiting.

Still, it’s interesting to consider what some of the real differences are. Here are some examples:

The list goes on, but the message is clear: search the country in which you hope to recruit. Culture and technology dramatically affect the recruitment process.

2. Fact: Recruiting Dates Back to the Time of the Roman Army

According to various sources, Caesar offered soldiers a financial sum for recruiting others to join his army. In fact, they could receive an amount equal to ⅓ the annual salary of an incoming soldier. In addition to recruiting soldiers, the army also needed doctors, surveyors, veterinarians, and other professionals. Ultimately, many of the recruiting processes still in use today, originated from that time. This includes equal employment opportunities and providing more compensation for riskier jobs.

Not only is the army (and war) responsible for creating the recruiter, it was also one of the driving forces leading to the need for job boards. After the Great War (and the Second World War), the shortage of workers meant companies needed to be creative. To recruit more workers, they started to advertise through employment offices and employment notice boards. The fact is good things can come out of bad situations too, and the history of recruiting proves this.

3. Fact: In-House Recruiting Could Mean You Never Had a Chance at The Job

This is a juicy secret amongst recruiters. Sometimes, regulations or company policy requires that recruiters advertise the position to external candidates, even if they plan to fill the position internally. Unfortunately, that means you could be called in for an interview when you really have little to no chance of getting the job. Worse still, you’ll never know. Instead, you’ll just get the standard notice that the company has decided to pursue another applicant.

4. Fact: It Takes a Big Chunk of Change to Recruit and Hire an Employee 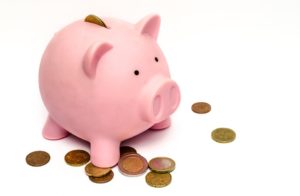 The average cost per hire is just over 4 100 dollars. Of course, this includes relatively low recruiting costs for many entry-level or low-skill positions as well as higher costs for tech and C-suite jobs. Still, that’s a good chunk of money, and most companies don’t want to waste that on employees who may not work out. This is why it’s the recruiter’s job to be very selective, to understand the client’s requirements, and to ensure the people they recommend are a good fit.

5. Fact: Your Recruiter Rolls Their Eyes at Your Jargons And Buzzwords

You aren’t impressing recruiters when you use tech-speak, buzzwords, or other industry jargon. They see right through it and are likely laughing at you when you leave. Yes, it’s important to understand industry terminology, but seasoned recruiters understand that using jargon is often an attempt to cover up a lack of true knowledge and experience.

Michael Daniels is a hiring manager at BestEssay.Education. His job is to recruit and hire team members with both skills and budget in mind. He says, “It would be absolutely foolish to offer a prospect the highest salary we are willing to pay right out of the gate. So, we always come in under with our first offer. The assumption is that we will negotiate based on the hires counter offer. Surprisingly, that counter offer never comes. Instead, many people accept salaries without countering.”

Don’t make this mistake. If your recruiter wants you enough to make an offer, they are willing to work with you when it comes to compensation. You have absolutely nothing to lose by countering with a higher figure.

7. Fact: Personality is Often a Bigger Factor in Hiring Than Skills 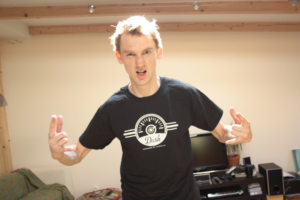 You can train or retrain anyone when it comes to hard skills and technical competencies. It’s nearly impossible to train someone into a different personality. Recruiters know that if they hire someone who doesn’t have a personality that will mesh well with the company or its customers, they aren’t going to be successful.

That’s why you are more likely to lose out on a position based on your temperament than your skills or qualifications. Of course, this doesn’t take the place of mandatory licenses, degrees, or certifications. On the other hand, a company may be more willing to work with someone who is close to meeting such requirements if they show the right personality.

Of course, personality isn’t just something to showcase in the interview. You have to get to that point with a resume and cover letter that showcases who you are. Marie Fincher is a writer at Trust my Paper and Head of Content at Studicus. She uses her writing talents to help jobseekers present themselves to possible employers. She says, “The resume is an important tool in sharing your personality, the work cultures you’ve experienced, and the type of environment that fits you best. Your cover letter, even more so. It’s imperative that you match that content to the culture of your desired employer.”

8. Fact: Following Instructions Will Get You Better Results Than Standing Out

Recruiters absolutely hate it when you go rogue, and don’t follow their application instructions. There are several reasons for this. First, the recruiting process is driven by a lot of regulations. The instructions companies provide are often to ensure compliance with these. In addition to this, many recruiters use applicant tracking software, and they need you to submit your resume through that system.

Some even use chatbots and other technology to help engage and educate applicants, and you may be asked to go through a process to help you learn about the company and position before you continue the application process.

You may be tempted to take a different approach in order to stand out from other applicants. For example, people will try to hand-deliver their resumes rather than emailing them, or they’ll email a department manager directly instead of going through human resources.

The pros at WowGrade say, “This rarely works out in the applicant’s favour. Yes, you will stand out, but not in a good way. In fact, many recruiters will ditch your resume altogether if you do this. Follow instructions, and let your resume help you stand out.”

9. Fact: Recruiters Use Their Back Channels to Find Out About You

Social media stalking happens, but it isn’t really an industry secret. Back channeling is the real, deep dark development. The truth is, recruiters build very deep networks within their industries. When a recruiter finds you, they will likely back-channel you. This means they float your name to their contacts to see who knows you, what your reputation is, and whether or not you are a good risk to present to a potential employer. If you’ve burned people in the past, it’s likely to catch up to you. 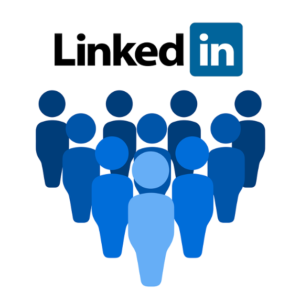 It wouldn’t be a list of the 10 recruiting facts without one on LinkedIn. If you want to connect with recruiters who are actively reaching out to hiring prospects, make your presence on LinkedIn count ASAP. Yes, they use other social media sites, but LinkedIn is the gold standard. Create enough of a presence, and you may find yourself being approached without having to chase down job leads.

Every industry has its secrets, and these are just a few kept by those in the business of recruiting and hiring. Take this new-found knowledge and use it to improve your chances of getting in front of the right hiring authorities.

We would like to thank Brigette Hernandez for this contribution. Bridgette is a passionate writer, dedicated to travelling and teaching people to lead a better life. Her other interests include mindfulness and  coaching. Bridgette is currently an editor for Isaccurate and a regular contributor at Hot Essay Service.