A few weeks ago, the internet celebrated its 30th birthday. So, it seemed as good a time as ever to reflect on how the internet has improved humanity as well as the unforeseen drawbacks of a virtual world with almost limitless freedom. These issues aren’t new: just last year, the EU introduced the GDPR to protect user data online (be it on job boards or elsewhere). Even before then, countries like China already blocked certain websites to monitor the information available to the public. However, new reforms coming from Russia and other such countries seem to be just the beginning of what might become the splinternet. How this could affect online recruitment (and more specifically, international recruitment) is not yet clear. However, we can already see that restrictions have taken a toll on hiring.

Understanding the splinternet and the restrictions

The term splinternet was first used by Clyde Wayne Crews, a researcher at Cato Institute, in 2001. It has recently been spotted in more modern texts and articles, by writers like Scott Malcomson and Doc Searls. Another popular way of referring to the same phenomena is the balkanisation of the internet. 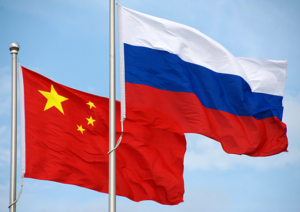 So what is it exactly? On Wikipedia, it is defined as “a characterization of the Internet as splintering and dividing due to various factors, such as technology, commerce, politics, nationalism, religion, and interests”.  It has been used when discussing different nationalist and protective initiatives from a number of countries. With a growing awareness of the dangers of the internet, some countries see a pressing need to protect sensitive information, block unsafe websites and even prevent their citizens from knowing too much about the rest of the world.

Such technology and various recent events (like the WikiLeaks from Edward Snowden) have made government officials look for more drastic solutions to the problem of boundless internet access and thus, we have the splinternet.

How the splinternet and government restrictions affect recruitment

In recent times, we have seen how political decisions in one country can have global consequences in the recruitment industry. Just look at Brexit. The uncertainty surrounding the policies of the new political and economic arrangement has led to job loss and a drop in the number of European candidates. In Belarus, job boards are no longer allowed to offer international jobs because the government wants to keep the talent in the country. To improve the economy, decisions have been made to prevent workers from finding better paying positions elsewhere.

If the splinternet were to become the norm around the world, one approach could be the use of national intranets. Most of us are used to accessing sites from the World Wide Web, but that is not possible everywhere. For years, North Korea has been cut off from the rest of the world, both physically and virtually. The ‘information space’ in North Korea is not the World Wide Web, but Kwangmyong (which means “Bright Star” according to Britannica). Similar intranets exist in countries like Iran (Halal Net) and Cuba (CubaRed). 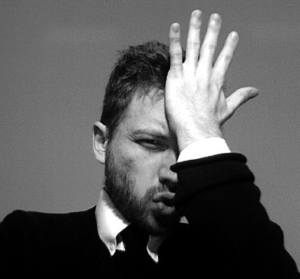 These different intranets can quickly become an issue for international recruitment because companies won’t be able to post on foreign job boards. If the country decides to limit access to its local sites, international recruiters won’t be able to access the popular job boards from abroad. Even when you can access the job sites, new restrictions can make it next to impossible to recruit. Have you ever wondered why so many Russian job boards require a phone number to create an account? Well, that’s because it is a legal requirement for any chat app to make a user identifiable through their phone number. This can be an issue for both recruiters and international jobseekers, who cannot apply to job offers, but cannot create an account without a Russian phone number (at the Jobboard Finder, we have even had jobseekers writing to us for help).

In Cuba, the situation is even worse. Not only do foreigners require a visa to enter the country (as well as medical insurance and proof of financial solvency), but even returning Cubans must have the right paperwork. In fact, before even leaving, Cubans must comply with strict rules regarding travel. Since most jobs need approval from the government and most citizens work for the state, it won’t surprise many to learn how challenging it is to find a local job board.

What national intranets mean for the future of recruitment 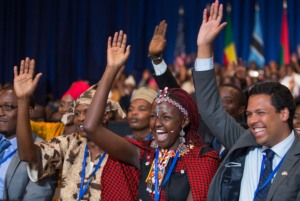 Clearly, a number of countries are cracking down on the internet freedom for varying reasons. Whether the main issue is cyber security, censorship or an oppressive control over the population, the approaches remain fairly similar. National intranets for the citizens and strict rules regarding anything international make it difficult for residents and foreigners to bypass the local laws. For now, the effected countries are ones, which are known for undemocratic political regimes. However, an entire continent might soon be a pivotal asset in recruitment and the economy, and the splinternet could lead to its resources belonging to one country rather than another. The continent is of course Africa and the huge resource is its population.

In an interesting article from L’Express, Laurent Alexandre discusses how the splinternet could lead to Africa becoming ChinAfrica, which would greatly weaken the ties the continent currently has with France: “Digital colonisation of Africa by the Chinese BATX could be terrible if the web separates into two distinct blocs. And if France no longer belongs to the same web continent as Africa […] the francophone Africa will gradually become the sinophone Africa. In fact, the Chinese president recently announced a 60 billion dollar project to educate African talent and to support the technological development.” Even if the author refers only to France, the entire Western world will be affected by how Africa evolves over the next decade. The countries, which offer their assistance first, are likely to dominate one of the largest human resources. The candidate market is already insufficient; what will it be like 5 or 10 years from now?

If (or when?) the splinternet becomes a reality and government officials all over the world enforce new cyber restrictions, international recruitment will become even more challenging. Recruiters, keep an eye on political changes because you might be losing some very significant candidate pools.

Previous post:
« 7 Tips to Recruit More Women in the IT Industry
Next post:
The Lowdown on Personality Tests in Recruitment »

1 thought on “The Splinternet, Restrictions and Recruitment5 min read”