One of the biggest challenges that companies have when it comes to recruitment is standing out from all the rest. Even the top names in the industry can struggle to really gain traction with the candidates, particularly with the more elite of the bunch. There are some businesses, though, that have overcome this obstacle with the help of creative campaigns that have taken the world by storm. Here are the best and most effective.

Eurowings, the German low-cost airline, decided to try their luck in an interesting candidate pool by teaming up with the dating app Tinder. The airline constructed “profiles” that were placed along with all of the other individuals in the Tinder stack. When people swiped right, it was announced that they had “matched” with Eurowings and were provided with more information on the opportunity.

The campaign was a huge success. Not only did it win two awards for creativity but it also garnered an enormous amount of attention. It ran for two months and during this period was able to reach 600 000 people in Austria, Munich, and Stuttgart. There was also an engagement rate of 9.8 percent!

The Swedish furniture and home accessories store found itself in the unfortunate position of needing to hire around 100 applicants at once. Even though the company is a household name, filling quite so many positions would require quite a bit of time, money, and effort. So, they decided to take the hassle out of the process and include “career instructions” inside their furniture packaging. This instructed customers on how to “assemble” a future with the brand.

Now, this strategy was brilliant for a number of reasons. However, what was most impressive about it was that the company spent virtually no money on it. What’s more, they were also reaching out to individuals who were already familiar with the brand. The result of this campaign? Over 4 000 applicants and 280 new job roles filled.

Taking the IKEA idea one step further, there are companies going beyong a “how to” on applying included with purchases. A number of companies have put their creative minds to the test and decided to hide jobs in their packaging. Other hiding places include files and around the head quarters, offering the lucky few who stumble across the openings the opportunity to apply. One example of this is from Embark, a dog testing company, which has created interactive boxes, which you can unfold and unfold until you see the final message: “Curious how this all works? We’re hiring”. You can read more about how it all work here. Other companies have also organized Easter egg job hunting, for a fun approach to recruitment. 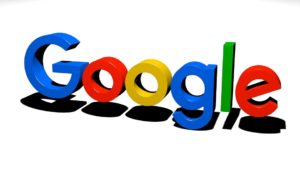 As you can imagine, it takes a very specific kind of engineer to work at Google. This behemoth brand is constantly evolving and so they remain on the lookout for curious and innovative minds. Finding such individuals through traditional methods can be time-consuming and often fruitless as well. So, the company decided to try a tailored yet widespread approach to recruitment.

On Highway 101 in Silicon Valley, Google put up a board with {first 10-digit prime found in consecutive digits of e}.com. Those that were able to solve it were directed to a website where they could apply to the company. The beauty of this campaign is that it allowed Google to cherry-pick from a pool of its ideal candidates.

Sometimes the creative recruitment campaign has more to do with the recruiter than the company. To ensure their clients reach the right candidates, some recruiters have resorted to unusual LinkedIn emailing. From fake news reports to poems, the emails display more than just sourcing skills, but rather an artistics flare. Jonas Waloschek, a content writer for Recruitment Academy, gives some examples and a short list of ideas for anyone hoping to reach more candidates.

The Australian software company, Atlassian, took outsourcing to a whole new level. Discovering that their homeland was lacking in the kind of talent that they needed, the company decided to set its sights on Europe. Rather than being subtle about it, though, the agency went ahead and titled their campaign, “Europe, we’re coming to steal your geeks”.

Atlassian decked out buses with adverts and swag and set out across London, Berlin, Madrid, and Amsterdam. They then conducted interviews in local pubs and restaurants. Not only did the campaign end up winning two prestigious recruitment awards but it was also able to meet its primary goal. They ended up hiring 15 developers in 15 days!

As you can see, the opportunities for innovative recruitment campaigns are endless. With a little creativity and the right perspective, any brand can attract the kind of talent they are looking for.

This is a collaborative piece by Eric Lawton and Ali Neill. Eric has been part of the Human Resources sector for over a decade. During this time, he perfected the art of vetting, recruiting, and hiring so that businesses are better equipped to find their ideal candidate. When he isn’t working, Eric loves sharing his idea and vision with others in the industry.