Nepal is home to about 29.7 million people and a popular tourist destination thanks to its outstanding temples and impressive mountains. Located between China and India, its multi-ethnic population manages to live together despite their different religions and cultures (with Hinduism and Buddhism being the most dominant in the region). However, it’s worth remembering that Nepal has only been a Republic for the last 10 years, which came into power after years of war and protests from the Maoist rebels who fought for the abolition of the 240-year-old monarchy. Like India, Nepal has a cast system and over 100 languages are spoken by the inhabitants (English is the official business language, and many people speak “Nepenglish”, which is Nepalese English).

In addition to the political turmoil, Nepal has geographical problems to face. In 2015, the Ghorka earthquake greatly affected the country, taking 9 000 lives and destroying infrastructure. It continues to be affected by earthquakes and flooding, not to mention its dependence on China and India for things like internet access. The population has been growing steadily over the last decade, which has even lead to a lot of deforestation to create more space.

Nepal has had a relatively low unemployment rate for years, with most of the population working in the agricultural sector (94% of the population in 1971). However, a shift in interests from the Nepalese has led to the development of sectors like the customer service, industry and manufacturing sectors. The big issue for the growing workforce though is that the number of available jobs remains limited and the wages are low (25% of the population is under the poverty line). Another problem is the relatively low literacy, with less than half the population being able to read and write.

Despite that, Nepal has a great workforce potential with almost 35% of the total population aged between 25 and 54 years-old (which represents over 10.3 million people). The economy has been developing steadily since the Republic (even if the earthquake caused a significant decline, having affected an estimated 5.6 million workers) and the Nepalese Constitution of 2015 (2072) has aimed to ensure peace in the country. More good news for the Nepali people came at the beginning of this year when China agreed to offer internet access to the country which had been dependant on India up until then. This means more access to knowledge and to the job market, and the Nepali people clearly recognise its importance, with the number of internet users shooting up from 11% in 2012 to 61% today. Not only is China opening doors in the field of technology, but talks of extending the railway infrastructure to Nepal will also lead to additional jobs. 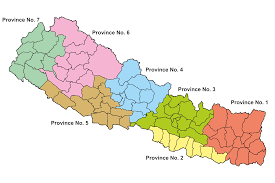 Nepal has been considered a relatively easy-going country when it comes to letting foreigners visit and work. However, the bordering countries have access to the workforce that other foreigners are not entitled to. Furthermore, a lack of employment is the leading reason for Nepalese migration among the youth so there is a new found focus on encouraging the Nepalese youth to stay in the country by offering more jobs.

If you want to recruit foreigners, a business visa can be difficult to obtain because your employees will need an application from an accredited organization to the relevant Nepalese government ministry and it is illegal to work on a tourist visa. Also, Nepal is a very expensive place for foreigners. If you want to recruit locally, it is important to consider the cultural diversity in Nepal. Since the languages and the religions are very different from one region to another, it is a good idea to recruit in an area close to the office, especially since the constitution deliniated different territories based on the dominant cultures. Also, the cast system can provoke discrimination and poor teamwork in the work environment if the issue is not addressed properly. Many Nepalese workers choose to move abroad because they don’t get the respect they deserve for their work because of their background.

Finally, even if Nepal recently gained better access to the internet, some locals remain set in their ways for the time being. Many people look for work in the newspapers, rather than online. Most job boards include a “newspaper jobs” section, which means your job offers will appear in both places if you advertise in the local newspapers. For the younger generation of workers, job boards and social media are slowly becoming the go-to tool to find work.

Jobboard Finder is the largest job board search engine and we have selected our top job boards to find work in Nepal:

We hope this article on recruiting in Nepal has been helpful! If you have any suggestions for our blog, please leave a comment below.