The frigid Arctic is experiencing melting glaciers and the effect of that in the ecosystem is unfavorable. Water levels are rising and there is less space for polar bears and other animals that like the cooler regions of the Earth. On the other side of the world, there are bushfires burning out of control in Australia. All of these issues with climate change parallel the ones in the employment.

The human race has no one else to blame but itself for the untenable sequence of events. However, all of these ecosystem changes caused by global warming have an impact on the population in terms of employment.

How has global warming affected the labor market? Here are a few ways that show how the working-class population will be affected. 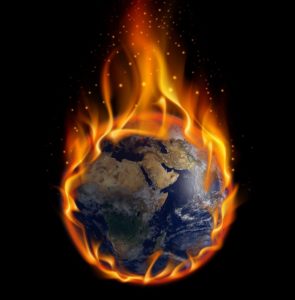 The effect of global warming may be simply considered as water levels rising slowly or fires in a far off country. However, when you individualize areas and assess them, you get to see that certain areas face larger issues because of this global problem.

For example, think about the Himalayas. The area faces a high risk of flash floods that would wreak havoc in their country due to global warming despite the ignorance of some people.  The risks for the country and the locals are endless: failing infrastructure, loss of land, health problems, drop in tourism, etc. The rising water levels are a concern to all countries all over the world. Although this is true, is there any silver lining we can focus on this situation that we don’t have control over?

Global warming is a real problem tainted by negativity due to the effects of it on humans and animals. However, the positive that has been derived from global warming is creating employment for some unemployed individuals. Which sectors have opened job vacancies due to global warming? Glad you asked:

All of the industries and lines of work outlined above are still under development and were initiated by the scourge of global warming. Some of these job descriptions show that preventive measures are being taken to stop further damage caused by climate change.

For example, green energy suppliers and cars that use clean energy are preventing further damage that the ecosystem may incur. The employment rate doesn’t only affect the ecosystem but also the hundreds of thousands of families that benefit from the income derived from these job opportunities.

To put this into perspective, a study of the International Labor Review indicated that by 2030, more than 24 million jobs will be created by climate change. Here is the specific data of the impact each field listed above will encounter in job creation and technology development:

There is a submarine that was designed by a team of engineers led by Fariz Rajak Kotahatuhaha that proposes on refreezing the Arctic. The concept of this submarine focuses on restoring the polar ecosystem and balancing out the global climate change.

Water refreezing is also a great concept of preventing rising water levels. That is what the leader of this team of designers described as a manifestation of prevention being better than cure. The submarine will collect water into hexagonal tanks and freeze them before releasing the frozen water back to the ocean.

According to the Ecotech Institute, the U.S had added more than 1.2 million clean jobs in most spheres of climate change control. The jobs created include scientist vacancies, support services to field workers deployed in areas such as the Arctic and other inflicted areas.

The support services include people who do their laundry, cook food and do housekeeping for them. There are also field workers that have been employed to educate school children, workplace adults and other people they can reach out to.

The intention of this training is about the measures they can take to curb global warming by using clean energy, avoiding sea pollution and land pollution. 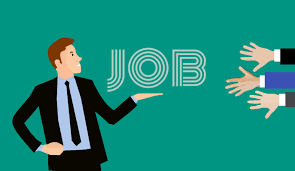 Many car manufacturers have started investing in designing and manufacturing electric cars and that will cause more employment.

Climate change can limit the availability of food and negatively affect food quality. The extreme weather conditions are detrimental to the growth of crops and the changes in the precipitation patterns reduce agricultural productivity. As a result, most farmers are moving to urban farming because the conditions are more controlled.

The results of climate change can be very negative and has even caused deaths. However, the jobs created make this problem a little better. Job opportunities that are opened by climate change are working towards building a global warming responsible society. Prospects of more employment are quite good as there are more than 24 million jobs that are proposed before 2030. Although the disadvantages are more immense than the advantages, some families are really grateful for the income earned by the family members working on stopping this probable.

Diana Clark is a passionate writer and blogger covering different news and topics on Internet technology, SEO, Blogging practice and everything that might be interesting for her lovely WEB-Crazed Audience. She also provides writing help at Uk Essays.