Bringing in the best talents and the right culture fit the team are key to improved productivity, and ultimately the bottom line. For most organizations, this isn’t always possible with the presence of implicit bias in the hiring process. The good thing is that recruiters are now aware of the existence of unconscious bias, and are taking necessary steps toward minimizing their influence in hiring decisions. Ideally, the first step towards eliminating bias is understanding the different types of implicit bias and how they affect the recruitment process. In this article, we tackle recall bias (sometimes also referred to hindsight bias), its impact on recruitment as well as how you can eliminate it from the hiring process for better decision-making.

Hindsight bias refers to how predictions appear clearer in hindsight than before the outcome. Think of a situation where you were interviewing a candidate who was from a good university and with good grades. You were convinced that he was the right fit for the job due to his exemplary performance in school. However, he turned out to be terrible at the job and a troublesome individual. After the unfortunate outcome, you tell yourself that you knew it all along. Suddenly, the outcome appears more predictable now that it has happened. You had picked some clues here and there that the candidate was a wrong pick; say, the candidate scored lower on the personality test. But, somehow, that had been taken over by their good grades. Now that it has happened, your mind rewrites your past opinion about the person and is now convinced that you had accurately predicted it only that you didn’t act on it.

The opposite is also true. If the candidate turned out to be great at his job and a great fit for the company, recall bias tells you that you had been right all along.

Why recall bias is dangerous in making hiring decisions 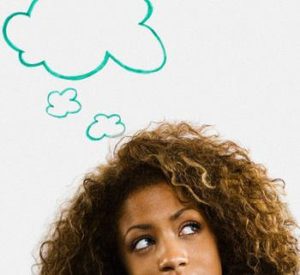 Thinking that you had predicted the outcome accurately could cause you to think that you can predict future events too. Take the example above, if your decision led to a negative outcome, you are likely to dismiss a future candidate who presents similar characteristics without looking at other variables. On the other hand, if you were right about your decision, it can lead to overconfidence. Unfortunately, overconfidence can lead you into making uninformed hiring decisions. Moreover, this can also push you to ignore alternate perspectives and make decisions based on a single explanation.

In addition, hindsight bias can stop you from realizing your mistake in the earlier decision, which makes you less critical of your hiring decisions. When you tell yourself that the outcome was predictable, you deny yourself the chance of going back and looking at your previous decision critically to see where you went wrong.

Effects of hindsight bias on hiring

The impact of hindsight bias can be detrimental to your efforts of building a team of diversity and inclusion. If your opinion about a certain group of people is confirmed, it becomes almost impossible to change your mind even when presented with contrary data. For instance, if you are convinced that foreigners are a bad fit for the company culture owing to a previous prediction that turned out to be right, then foreigner hiring would be something you wouldn’t want to consider. This means that you continually hire people who are similar, minimizing the chances of ever building a diverse team.

Additionally, the chances of hiring the wrong people are very high when hindsight bias takes a role in the hiring decision. It is not necessarily that a candidate with good grades translates to the right fit for the company as seen above. Unfortunately, bad hires can be costly and can also lead to a high employee turnover.

How to overcome hindsight bias in recruitment

The good thing is that the effects of hindsight bias on the hiring process can be prevented. It starts with recognizing the impact of bias in your hiring decisions and then implementing measures to combat the same. Here are some of the ways to overcome hindsight bias:

The truth is that we are all affected by the knew-it-all-along phenomenon in almost every aspect of our lives. However, being aware of its effects on recruitment can go a long way in building a more inclusive and fair hiring process. Simple steps such as asking for alternative perspectives and examining the available data carefully are enough to overcome hindsight bias in recruitment.